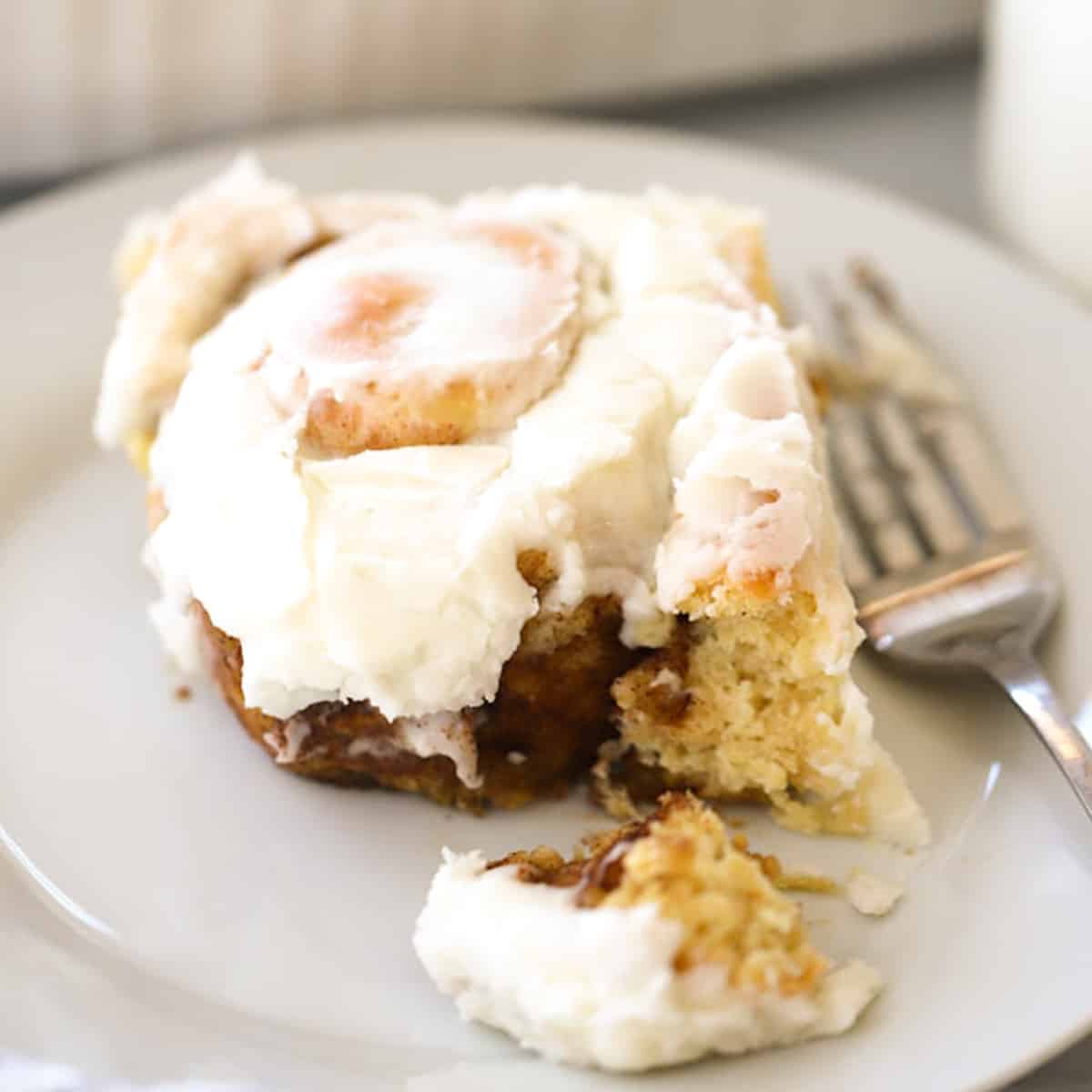 This Einkorn Cinnamon Roll Recipe is made with simple ingredients and makes the light and fluffy, soft and chewy cinnamon rolls.  Also included is a recipe for cinnamon roll icing, perfect to slather on your warm Einkorn cinnamon rolls right out of the oven.

These homemade einkorn cinnamon rolls are our favorite to make for holidays and birthdays and are made with all-purpose einkorn flour.  If you're wondering where to order einkorn flour, you can find it here.  It's a cute little family-owned mill in Eastern Idaho, owned by some of the best people.  They have excellent customer service and will help you get started with the best einkorn products.

We especially love to enjoy this einkorn cinnamon rolls for Easter breakfast and Christmas breakfast.  If you've ever wondered how to make homemade cinnamon rolls, this is the recipe for you!

These are easy cinnamon rolls made with all-purpose einkorn flour, just follow the step by step instructions and there you have it, the best cinnamon roll recipe, easy and delicious! And be sure to slather on the best Cream Cheese Frosting or a Buttercream frosting, so delicious!

How to make a yeast dough:

There are 3 important things to remember when making yeast dough. Here's what I call the yeast trifecta!

#1 -Yeast (any brand of active dry yeast will work)

Mix the water, yeast, and sugar together to activate the yeast:

Whether you're making einkorn rolls, einkorn bread or einkorn cinnamon rolls, this is the start to your recipe.  Mix these 3 things together and let the mixture sit in a warm place for about 5 minutes.  You will know if the yeast is activated if the mixture light frothy and bubbles have formed on the surface.  Your yeast is activated!

First, start by making the einkorn dough for the cinnamon rolls.  If you've never made yeast dough before, this is a great recipe to start.

YEAST: You can find yeast in the baking aisle at the grocery store.  It comes in a few different packages, a small envelope, a small jar, and a large air sealed package, (about 1 lb size) Yeast will make your dough light and airy. It is used in baking as a leavening agent, where it converts the food/fermentable sugars present in the dough into the gas carbon dioxide. This causes the dough to rise and expand as when gas is created and forms air pockets or bubbles.

SUGAR:  I used white granulated sugar in this recipe.  You can certainly use the same amount of honey if you prefer to use natural sugars.

Butter: I used melted butter for this recipe.  you can use avocado oil in its place if you'd like. For recipes like french bread where you want a thick outer crust on the bread, you don't add oil to the recipe.  For rolls and for cinnamon rolls, you want the bread to be softer and it doesn't' need a thick outer crust.  Added butter or fat help keep the einkorn cinnamon roll dough soft.

Milk: You can also exchange water for the milk in this recipe.  You will want the milk temp to be around 115 degrees.  Warm temperatures and sugars are needed to activate the yeast. If your milk is too hot, it will kill the yeast.

Flour:  Regular, all-purpose einkorn flour works great.  If you're making this recipe with whole wheat einkorn flour, you'll need to adjust the liquid to flour ratio.  Just remember to go slower with einkorn flour.  It takes longer to absorb the liquid and needs to be mixed and raise an extra cycle.

Egg: Eggs help with rising and are a leavening agent. Also, the fats in the yolk help keep the dough tender when baked and lighten the texture.

Tips for working with Einkorn Dough:

Rolling out the Einkorn Cinnamon Rolls

This Einkorn Cinnamon roll recipe is made with all-purpose einkorn flour and simple ingredients. It makes light and fluffy, soft and chewy cinnamon rolls.  Also included is a recipe for cinnamon roll icing, perfect to slather on your warm Einkorn cinnamon rolls right out of the oven.