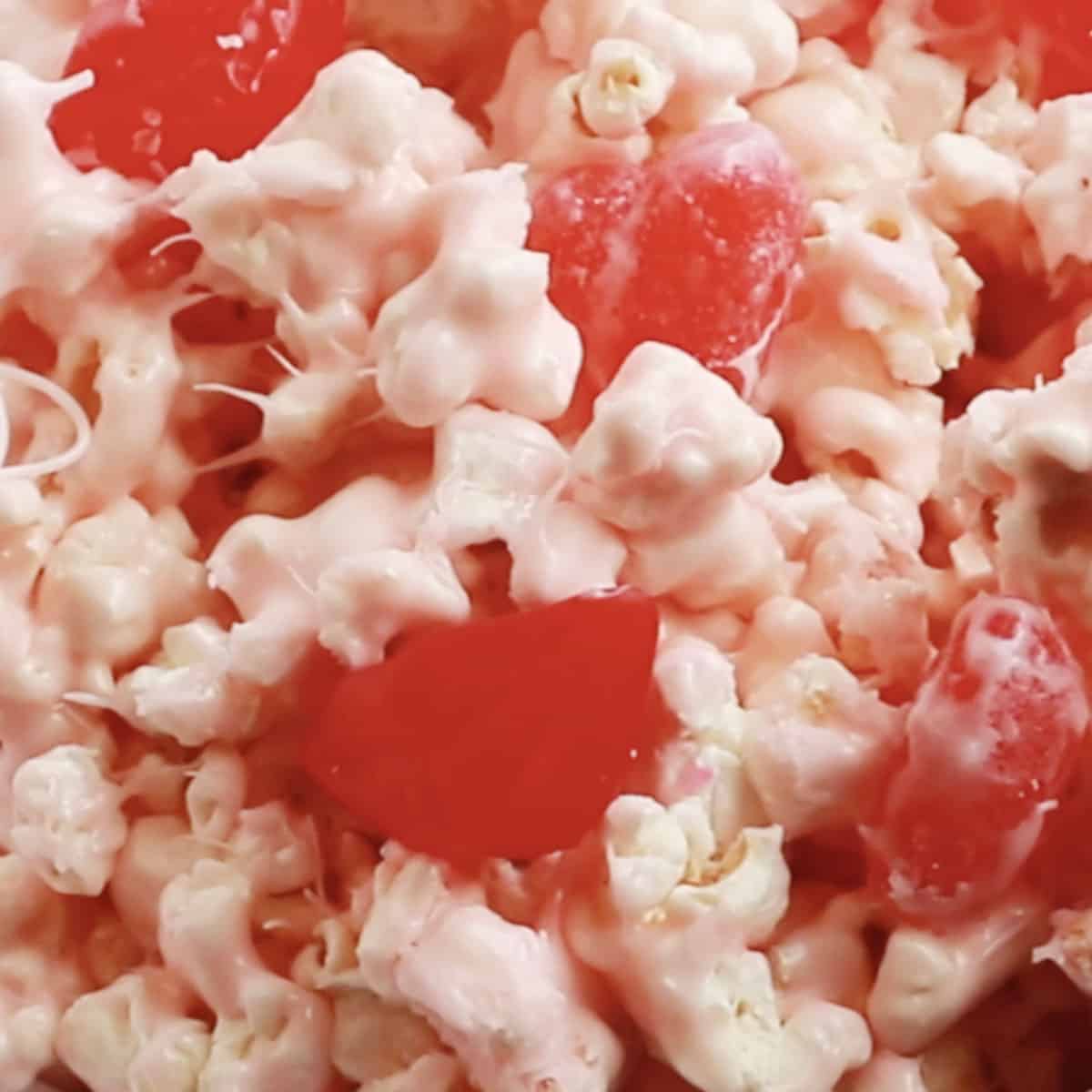 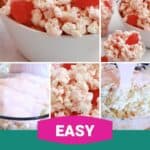 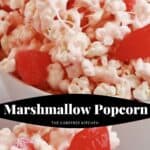 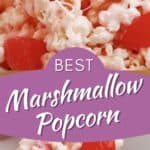 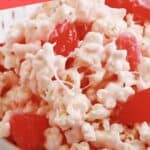 Cinnamon Bear Marshmallow Popcorn is a white chocolate popcorn recipe you will want to make again and again. It's made with white chocolate, cinnamon bears (or cinnamon hearts for Valentines), and it's loaded with ooey gooey marshmallows too.

How to make the best Cinnamon Bear Marshmallow Popcorn

This is also a great popcorn ball recipe. As you can see by some of the pictures, I chose not to do popcorn balls but rather put the popcorn in little 8-ounce clear cups.  It makes eating the marshmallow popcorn balls a little easier and much less messy.

This is one of the best white chocolate popcorn recipes. You can make this easy popcorn ball recipe with or without cinnamon gummy bears.

This is the perfect marshmallow popcorn recipe to adapt for each season.  I colored the popcorn pink, but you can color it whatever you'd like and add your favorite seasonal gummy or cinnamon chewy candy.

It can easily be adapted to any candy popcorn recipe.

This can also be used as a fun Valentine's treat idea for kids.

I made this a valentines treat by adding cinnamon gummy hearts.  This would be perfect for taking into a classroom for a valentines party too.

It's a nut-free treat and can be made dairy-free too. I mean, how cute is that cinnamon bear popcorn!?! 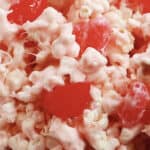