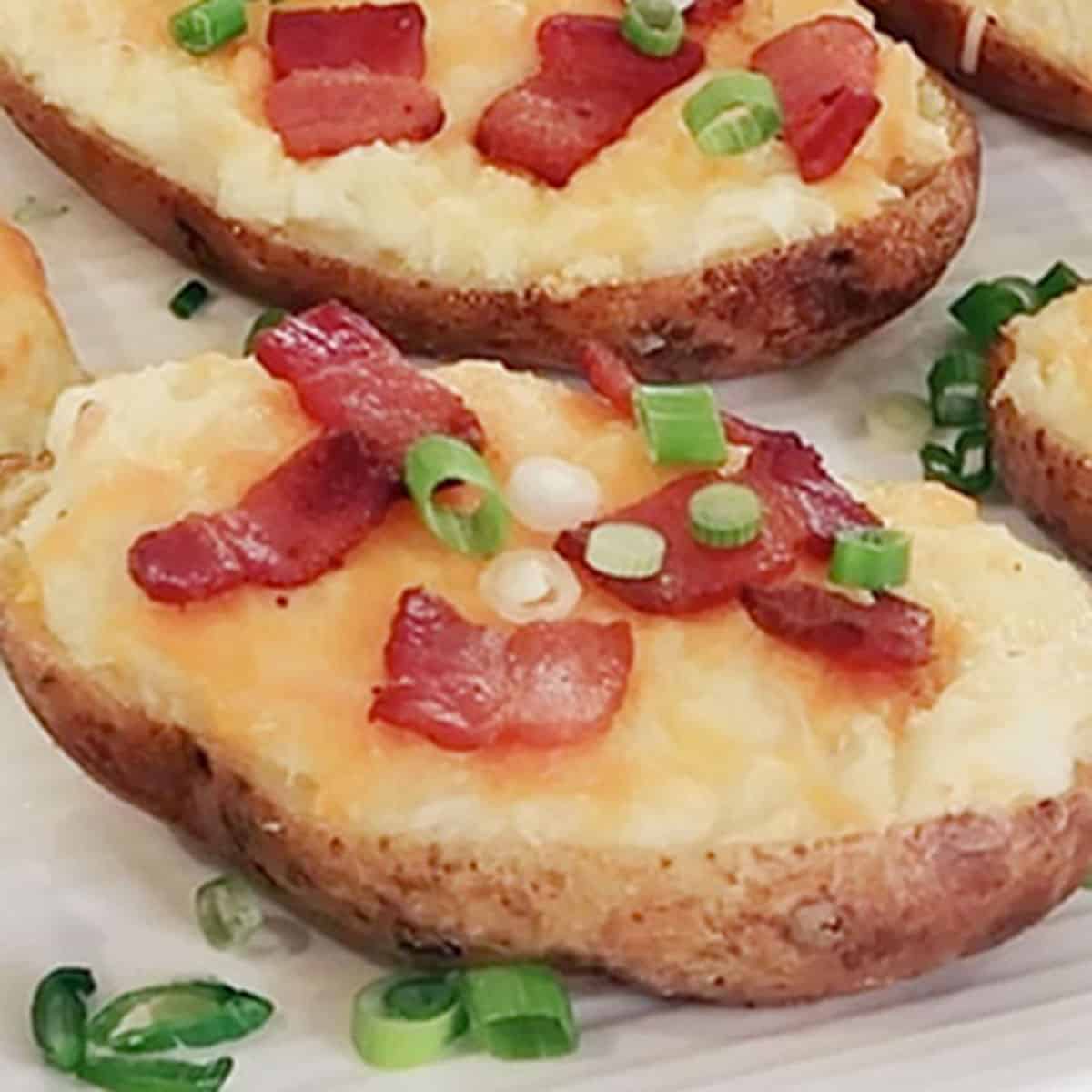 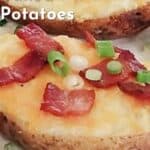 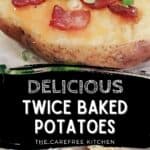 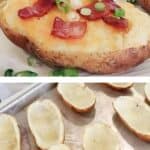 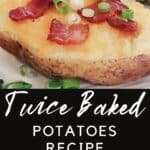 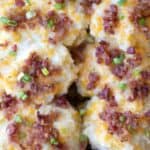 What is a Twice Baked Potato?

It's basically a baked potato with the insides scooped out, sour cream, seasonings, and cheeses mixed in, put back into the potato, topped with cheese and bacon, and cooked again. Possibly the best way to enjoy potatoes!

If you're wondering what to serve with twice-baked potatoes, try our Crockpot Turkey Breast, Grilled Chicken Recipe, Sloppy Joe Recipe, and Homemade Meatloaf too.

This recipe works great with leftover potatoes but if you are starting from scratch, here's a little guide for you.

How to make Twice Baked Potatoes:

How to make a baked potato in the microwave

Vigorously rub and wash your potato under warm water to remove any dirt.  Prick with a fork several times to allow steam to escape while cooking. Place potato on a microwave safe dish and cook for 7 minutes on high.  If your potato isn’t fork tender after 7 minus, cook in additional 1 minute increments until fully cooked. Let the potato cool for 2 minutes before serving.

What temperature should a baked potato be cooked at?

How to tell if a baked Potato is done?

Potatoes are ready when they are fork tender or their internal temperature reaches 210º F. If the potato is firm, bake a little longer.  A baked potato will be dry under the skin if it’s overcooked.

Can you freeze twice-baked potatoes?

Yes, you can freeze twice-baked potatoes. Make them according to instructions but don't cook them after they are assembled. Add the prepared twice-baked potatoes to a gallon-sized ziplock bag and freeze for up to a few months. Thaw before baking; bake in a preheated 350-degree Fairenheight oven for about 30 minutes or until warm, and the cheese is golden brown. Top with freshly sliced green onions if desired. 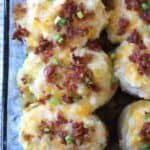 How to make the Best Baked Potatoes

How To Make The Best Twice Baked Potatoes

If you're a potato fan,  here are a few more recipes you'll love...

Save this for later!!