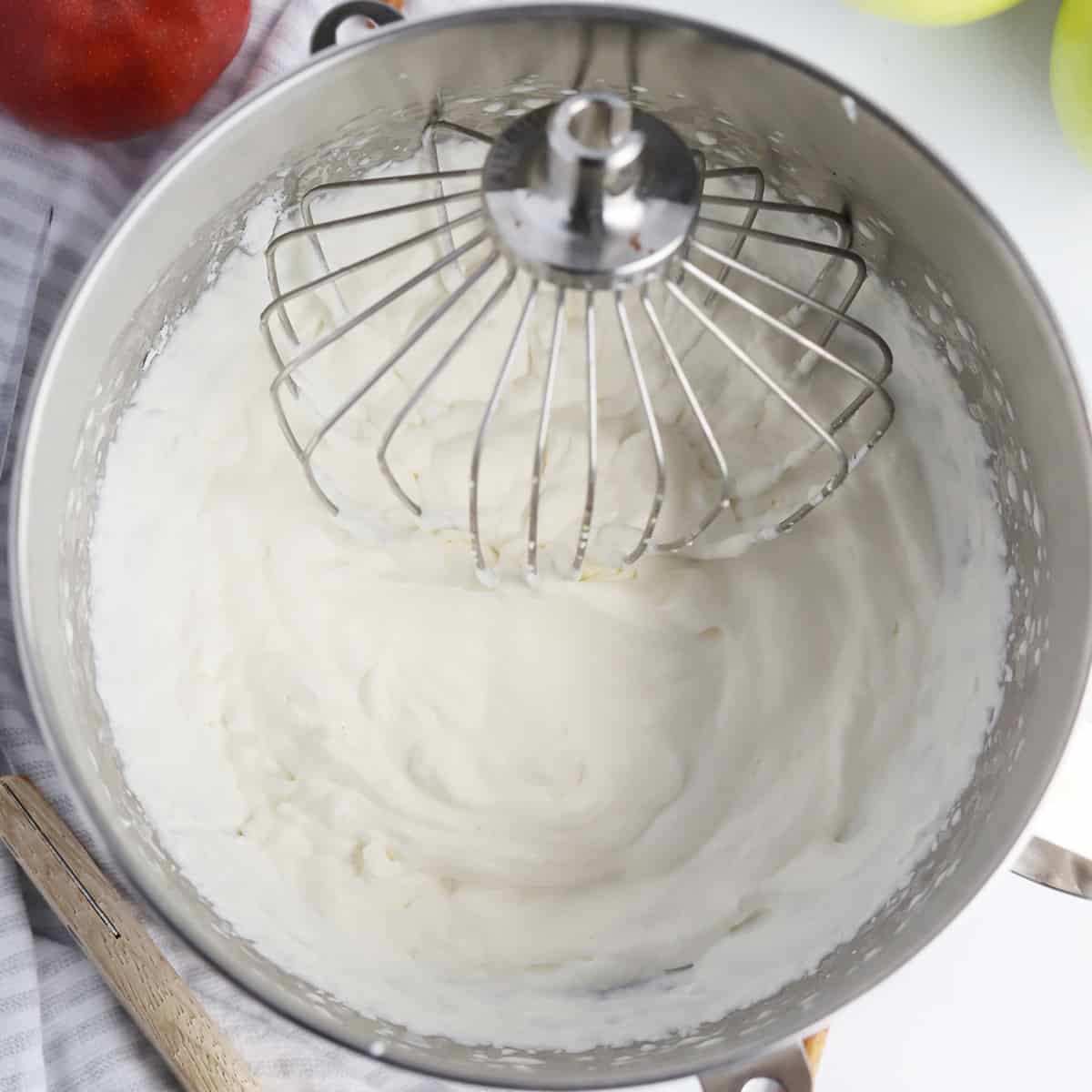 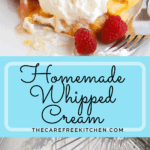 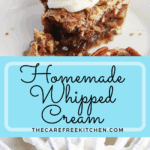 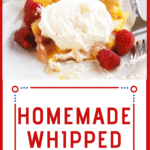 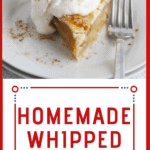 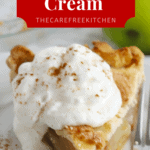 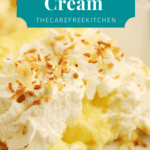 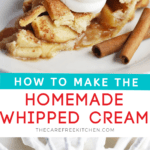 This Homemade Whipped Cream recipe takes just 5 minutes to make and is worlds better than anything you can buy at the store.  It’s super fluffy, lightly sweetened with just a touch of vanilla extract added to make it the perfect accompaniment to pies, cakes, tarts, French toast, and more.

While you may always have a soft spot for Cool Whip and whipped cream from the can, but you just can’t beat freshly made Homemade Whipped Cream (pun intended).  It’s so much richer, creamier, fresher, and far more delicious.  Plus, with only 3 ingredients and 5 minutes of prep, it seriously could not be easier.

Ways to Use Whipped Cream

Serve a dollop of Homemade Whipped Cream on top of your hot cocoa, cheesecake, waffles cake, and pies.   Or, use it in a parfait, pipe it on top of Pumpkin Pie, brownie bites and so much more.

Or add some strawberry sauce, chocolate sauce or hot fudge along with some whipped cream to some no bake cheesecake bars. Oh yeah!

How to Make Homemade Whipped Cream

Your Homemade Whipped Cream will last for up to 24 hours if stored in the fridge.  You can extend that time to about 48 hours by re-whipping it by hand if it becomes a bit loose.

Can I make whipped cream without a mixer?

You sure can!  Just be prepared to have a sore arm.  Make sure your cream and bowl are chilled, and go for it!  You can expect it to take quite a bit longer, but it will absolutely whip up eventually.

Can I substitute granulated sugar instead of confectioners sugar?

Sure!  Either will work, and some people actually prefer granulated sugar in their whipping cream.  We like powdered sugar because it isn’t as grainy but if you are out you can definitely substitute granulated sugar.

How to fix overbeat Whipped Cream.

Simply add a couple of tablespoons of cream and whisk it by hand. This will thin it out and bring it back to a soft peak consistency.
(if it is starting to curdle, you'll need to start over)

You can store any leftover Homemade Whipped Cream in an airtight container in the fridge for a couple of days, but it's best if it's made just before it's needed. If it starts to deflate, don’t toss it. Grab a whisk and whip it back up by hand, then use as desired. 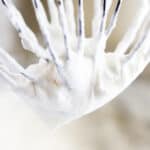 Here are some of our favorite pie recipes to serve fresh whipped cream with:

This Homemade Whipped Cream is so much richer, creamier, fresher and far more delicious than anything store-bought. Plus, with just 3 ingredients and 5 minutes of prep, it seriously could not be easier.