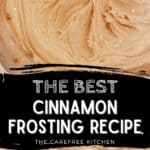 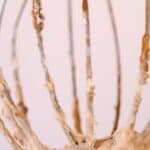 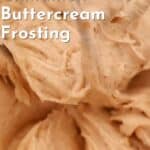 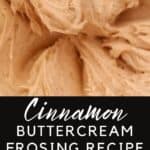 This Cinnamon Buttercream Frosting is dreamy, creamy, light, and fluffy with the perfect amount of cinnamon.  It complements so many of your favorite cakes, cookies, cupcakes, and more.

This truly is the lightest, fluffiest buttercream we’ve tried, and it's so simple.  We whip together butter, sugar, vanilla extract, cinnamon and a splash of milk to get the creamiest, airiest and most perfectly balanced buttercream frosting.  It’s sweet, but not hurt-your-teeth sweet, and it’s not quite as heavy as cream cheese frosting.

Be sure to taste your frosting as you go, and feel free to add more or less cinnamon to your liking.  The goal is to achieve warm, cinnamon deliciousness rather than having the cinnamon overpower every other flavor.

How To Use Cinnamon Icing

Ingredients in This Cinnamon Icing Recipe

How to Make Cinnamon Icing

How To Pipe Fluffy Buttercream Frosting Like a Pro

Sure, you can frost cupcakes using a spoon or a spatula but it doesn’t take much more than a little practice to pipe them like a pro!  Here are a few tips to get you started:

Does Buttercream Frosting Need To Be Refrigerated?

Since it contains both butter and milk, you do need to refrigerate your buttercream.  You can transfer any extra to an airtight container and store it in the fridge for up to two weeks.

To return it to its light and fluffy self, pull the container from the fridge and let it sit out to come up to room temperature.  Then, transfer to your mixing bowl, whisk until fluffy, and use just like new!

Can You Freeze Buttercream?

Yes!  Buttercream freezes beautifully.  Just transfer whatever amount you want to freeze into freezer bags or an airtight container, and store frozen for up to 3 months.

Once you are ready to use, it’s easiest to thaw it out in the fridge overnight, then pull it from the fridge the next day and let it come to room temperature.  All you’ll need to put it into your mixing bowl and whisk until you have fluffy buttercream frosting again.

How to Store Buttercream Frosting 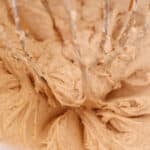 This Cinnamon Buttercream Frosting is dreamy, creamy, light and fluffy with the perfect amount of cinnamon.  It makes the perfect compliment to so many of your favorite cakes, cookies, cupcakes and more.
Course Dessert
Cuisine American
Prep Time 10 minutes
Total Time 10 minutes
Servings 24 cupcakes
Calories 114kcal
Author The Carefree Kitchen

How to Store Buttercream

Here are some more dessert recipes that we love!

This Cinnamon Buttercream Frosting is dreamy, creamy, light and fluffy with the perfect amount of cinnamon. Try spread or pipe onto your favorite cupcakes, cookies, cinnamon rolls and more.