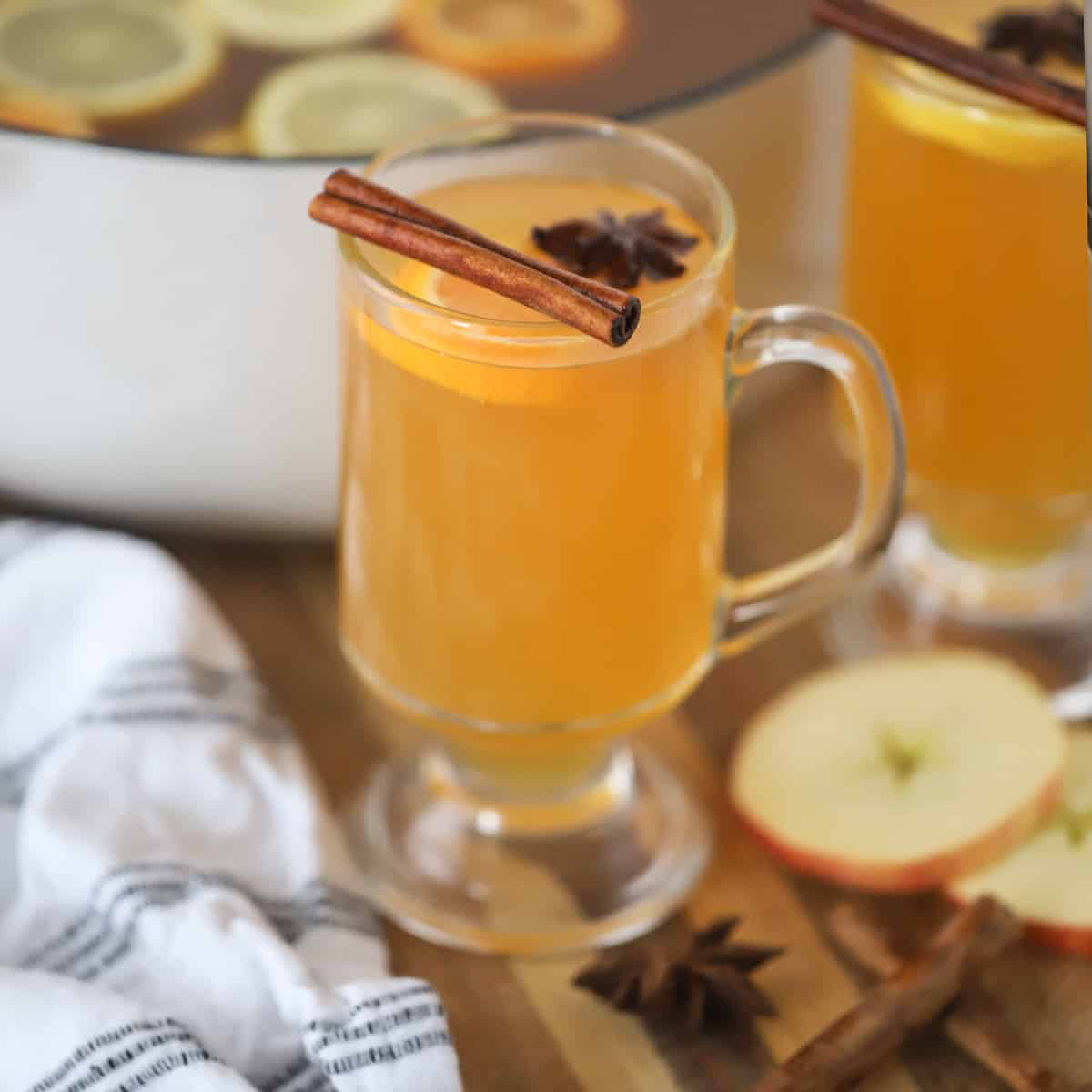 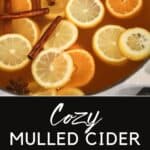 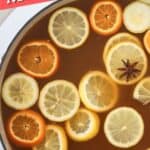 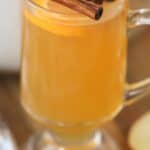 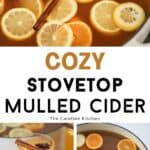 This festive Mulled Cider recipe is a warm and cozy way to kick off the fall season.  Apple cider is slowly simmered to infuse fresh citrus flavors and seasonal spices like cinnamon and cloves.

Sipping a hot mug of Mulled Apple Cider is the perfect way to celebrate cozy season.  To  make this recipe, we take apple cider, a little orange juice, lemon juice, and sugar, and then slowly simmer the ingredients in a large pot with warm fall flavors like cinnamon, cloves, and star anise.

The longer Mulled Cider simmers, the stronger and more delicious the flavor becomes, so feel free to let it cook for the better part of the day.  Since Mulled Cider emits the most heavenly aroma while it cooks, you’ll likely be making this warm drink all fall and winter long.  While this recipe is alcohol-free, feel free to spike it with your favorite rum, bourbon, or whiskey.

How to Make Mulled Cider Recipe

What’s the difference between Mulled Apple Cider and Wassail?

Mulled Cider and Wassail are essentially both warm spiced apple cider drinks.  However, the main difference is that Mulled Cider is typically made with just apple cider, and sometimes orange and lemon juice.  On the other hand, Wassail often has another fruit juice added, such as pineapple juice or cranberry juice.

How long does Mulled Cider last?

You can keep leftover Mulled Cider in the fridge for up to 1 week.  Make sure you don’t put a large pot of hot Mulled Cider into your refrigerator!  Allow it to cool completely first, then store it in an airtight container.

Does Mulled Cider have alcohol?

This version of Mulled Cider doesn’t contain alcohol, but it tastes delicious with rum, whiskey, or bourbon.  Feel free to add your favorite kind.

Can I make Mulled Cider in a crock pot?

Absolutely! The crock pot is a great way to make Mulled Cider since it takes so long to cook. Add all of your ingredients and cook on low for 5-8 hours. Once it is super fragrant and hot, strain, then serve warm. 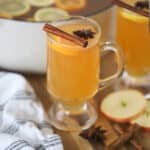 If you’ve tried this recipe, please rate it and leave a comment on this post. I love hearing feedback from you. It helps me and other readers too! If you love Pinterest,  feel free to leave a comment and photo there too.  Also, if you like to share, use the hashtag #thecarefreekitchen on Instagram and tag me @thecarefreekitchen so I can find you and give your post some love. You can also find me on Facebook at The Carefree Kitchen. Thank you!!

This Mulled Apple Cider is a delicious warm drink to serve during the fall and winter. It's made by slowly simmering apple cider along with fresh citrus and baking spices.